Boy servant on Pembroke I

There is an oddity over his name. His family were named "Tomlinson Duffield" however, Harold went by the middle part of the name TOMLINSON dropping the surname part of DUFFIELD. His birth was registered as Harold TOMLINSON in Q4 of 1902.

In 1920 Harold enlisted into the Royal Navy

Register of Service 1853–1924
Stewards and Domestics 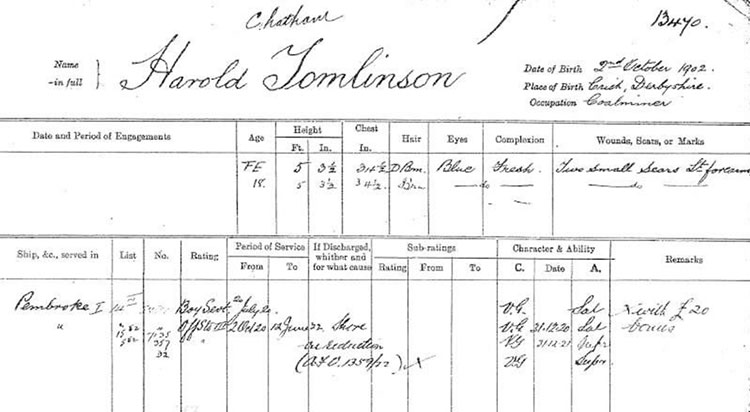