Robert enlisted on 21 May 1880. He served in Gibraltar, Egypt and India.

A man would usually sign up for a term of service of typically twelve years, 7 with the colours and 5 in the reserve. While in the reserve he was still paid but could carry on a life in civvy street, i.e. get a job etc but could be recalled should the need arise, hostilities break out etc. 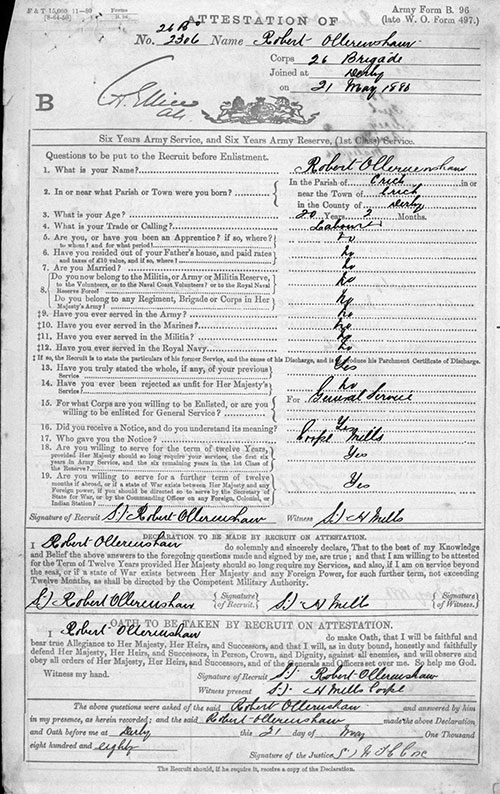 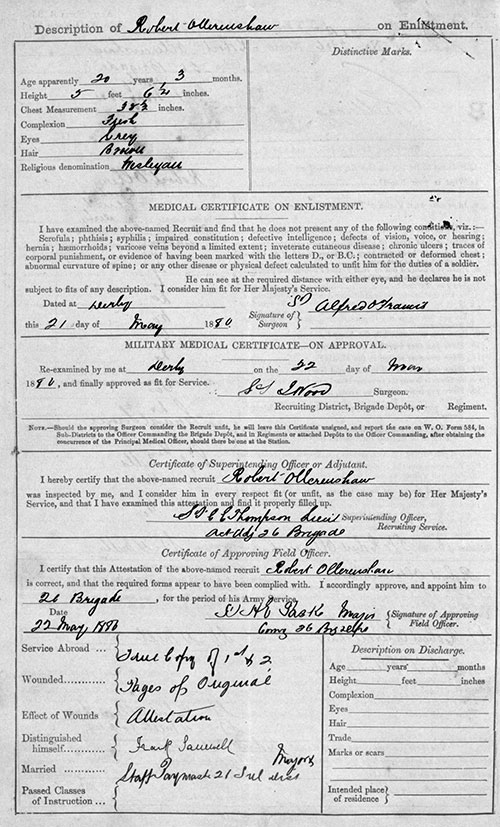 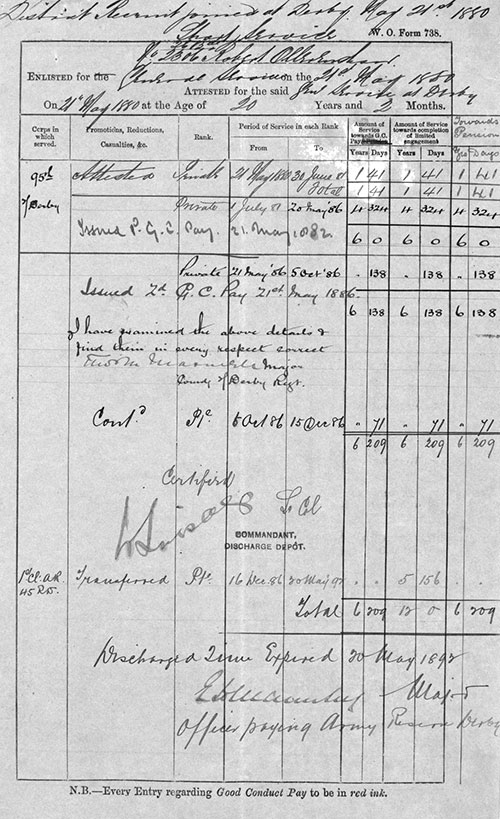 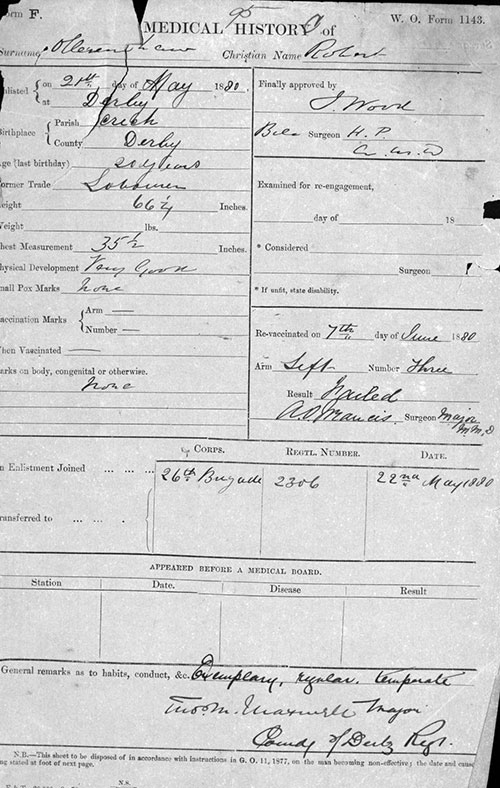 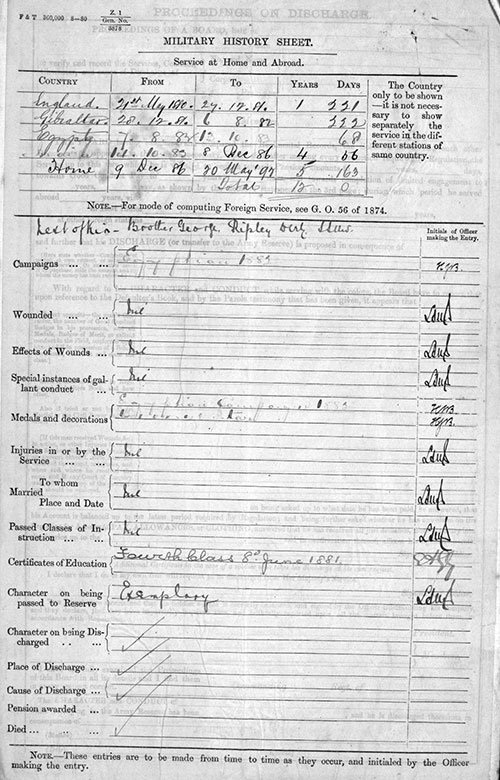 Medals
He was awarded the Egyptian Medal (Second Egyptian War)