Before he enlisted into the South Lancashire regiment in 1884 William had served with the militia in the 3rd Derbyshire Regiment. 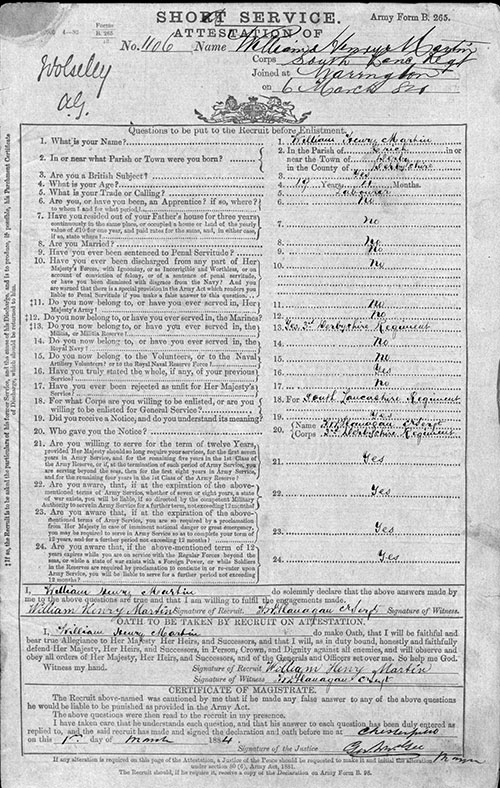 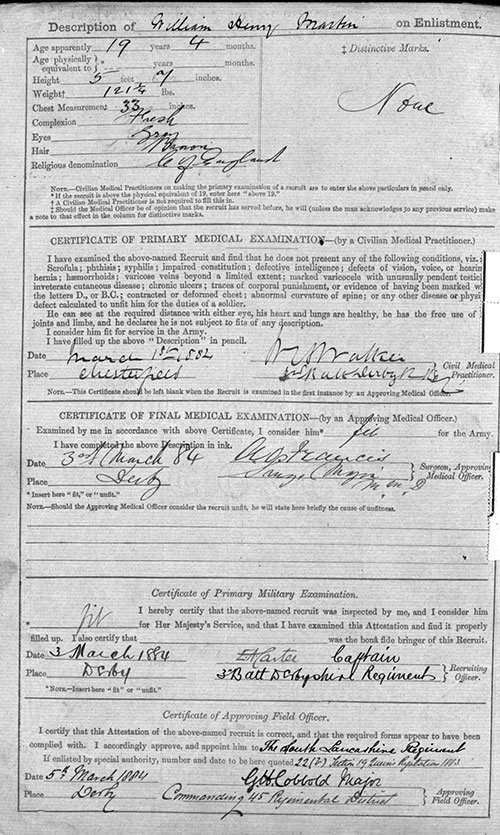 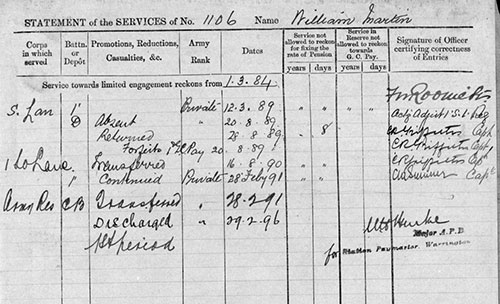 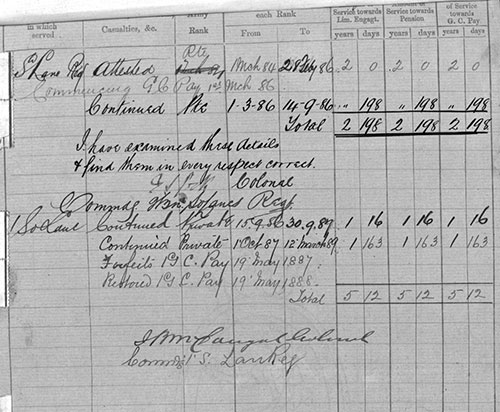 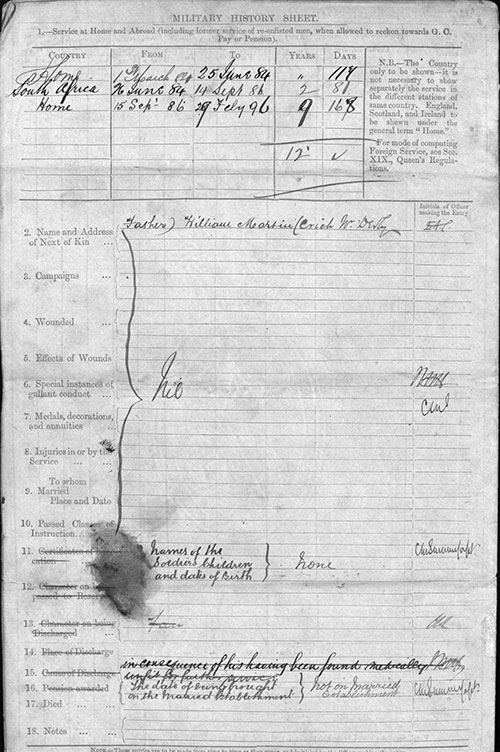 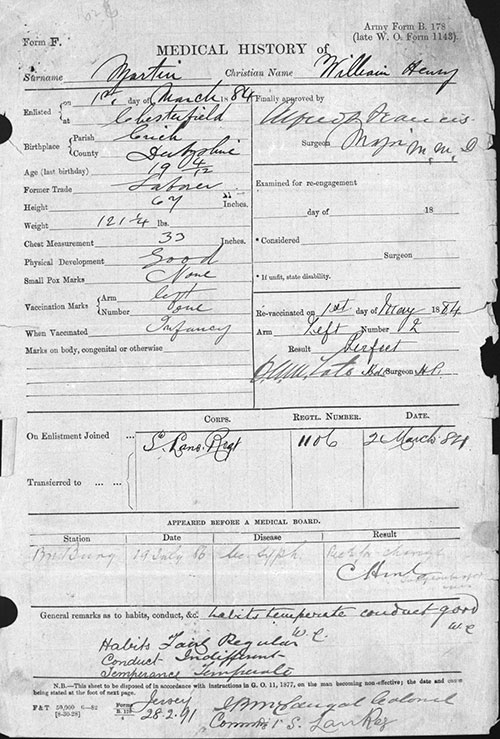 William was in South Africa from June 1884 until September 1886. No medal awards found.
His Army record shows his father named as "William" whereas the census records have him as "Henry".

Marriage
William Henry MARTIN married Sarah BOLLINGTON in Q3 of 1913 in the Baptist Chapel at Belper [GRO 7b 1519].

Notes
His son Nelson Martin BOLLINGTON initially tried to enlist with the Sherwood Foresters in 1914 when aged fifteen but was voided when his age was discovered. Slightly later, aged sixteen he joined the Seaforth Highlanders.
Two more of his sons, Alfred BOLLINGTON and William BOLLINGTON, also served during WW1.